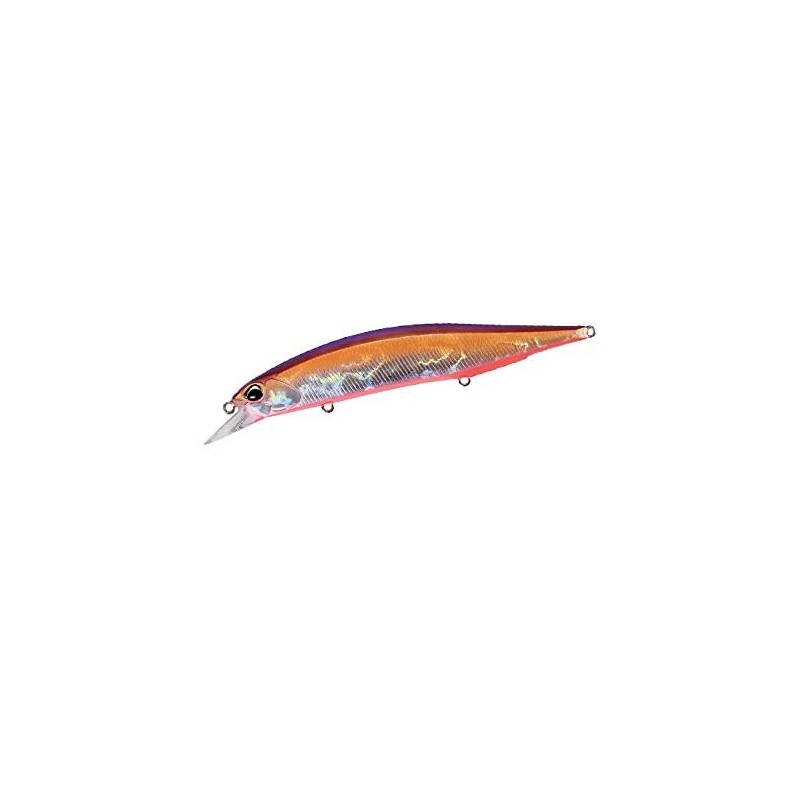 The iconic jerkbait has now been adjusted for saltwater sessions with some
of the most popular colors from Tide Minnow range and some unique patterns added to top it off to further enhance reputation of this cult lure also for shore and off-shore fishing.

A multi role jerk-bait far-seeing the future of fishing

The flagship of Realis big rip baits.  Being known for its versatility to cover water quickly or to be target orientated on the go, has made the Realis Jerkbait 120 a super tool among big bait users.

The heavy flash emitted from the 120 is significant in comparison to other ripbaits its size. This comes from the lures extremely tall profile and ability to rotate its body 180- degrees (belly up). This is easily attained by imparted light rod twitches.  The 120 seconds as a rip-bait, easily “ripped” without heavy rod tension.

Another powerful attribute is its innate ability to avoid any linear or aimless drift. Linear drifting is displayed in a jerkbait without the ability to stop immediately thus leaving the angler less control when working the lure near or next to specific targets. The 120SP is different.  As anglers have mentioned, “It can stopped on a dime”, flicked or twitched in a radius of inches. It’s side to side “tack” or walk is also inches apart. Realis Jerkbait 120SP is so well balanced the lure can be burned during retrieve like a crankbait without “crumping” (failing) during its travel.

The multiple actions and versatility are capable in the 120SP due to high- end componentry hidden in its durable frame structure. The lip edges on the 120SP are thin yet strongest in the industry due to three reinforced locations.

Large tungsten ballast rides on a sophisticated track and carriage system noted to “seat” tungsten bearings firmly even at extreme angles ensuring the lures dominate action at anglers initial imparted action without any danger of bearing breaking loose and killing the action.